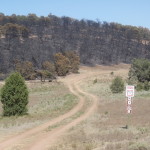 Colorado Jeep Tours has been given the go ahead to start running trails in the Royal Gorge Region today, which include views of the Royal Gorge Bridge and the damage to the Park. Want to see first hand the impact of the Royal Gorge fire? Plans are under way to re-build the park as soon as possible, but if you book your jeep tour within the next few weeks you may still be able to get a peek at the damage caused by the fire. Although Colorado Jeep Tours does not have access to the park, we have been in communication with Mike Bandera, Royal Gorge Bridge and Park General Manager, discussing options for our jeep tour customers to get a closer look at the destruction of the historic Royal Gorge Park.

To book your Royal Gorge – After the Fire jeep tour, call us today at 719-275-6339 or Book Online Now. This is the best way to view the damage done to the Royal Gorge region.

Let us plan your unique tour. Whether it’s a few hours or all day, let us show you the best of Canon City!

Need a great gift for the person who has everything? Give the gift of adventure with an e-gift card!